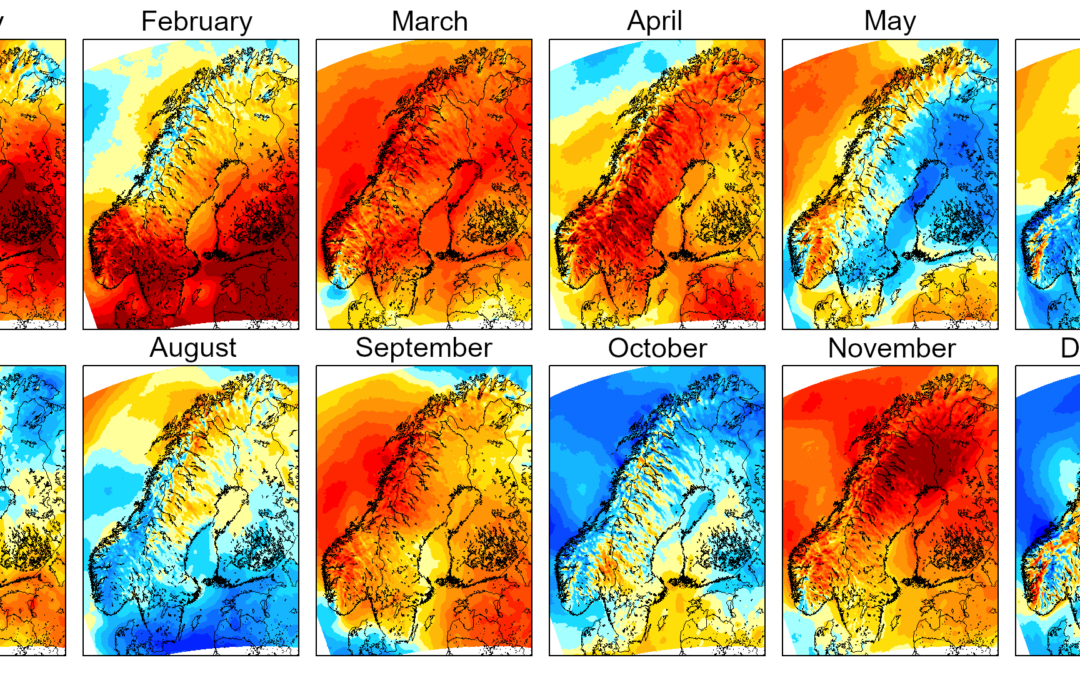 The year of 2020 was different and extraordinary in many ways. While we humans were busy looking after ourselves and our communities, nature and weather kept moving through the four seasons. Looking back, it can be seen in our Nordic 12-month wind index that the year can be summarized as windy with winds above normal (reference period 2000-2019) for the whole of Nordic area. Here are some highlights.

The year was already windy from the beginning, with gales reported over the Scandinavian Mountains on New Year’s Day. January continued to be exceptionally windy with 20-40 % stronger winds than normal, giving Finland a record high wind power capacity factor of 52 %.

The high winds also blew with force into February starting off with a major storm being named Ciara in the UK, Elsa in Scandinavia and Sabine elsewhere in Europe. Another storm, Dennis, arrived the Nordic area only one week later. Due to the high winds and an unusually mild and wet winter, SPOT electricity prices in both Sweden and Finland were negative for the first time in history during a few nightly hours on February 10.

The strong southerly winds brought very warm airmasses over the Nordic from the sub-tropical regions during the first two months. In Helsinki, for the first time ever since recording began in 1911, there was no snow cover for the whole of January and February. Meanwhile, the winter of 2019/2020 was the warmest on record in Norway since recording began in 1900. In Sweden, one of the longest temperature series can be found in Uppsala just north of Stockholm and the winter was recorded as the warmest in nearly 300 years. The weather records we repeatedly are experiencing remind us of the on-going climate change, and further highlights the importance of transitioning to renewable energy sources. At Kjeller Vindteknikk and Norconsult, we are proud of doing our part for a green and sustainable future.

The weather of course varied during the year and not all months were windy. May, June, August and October were all dominated by high atmospheric pressure which generally gave us lower winds than normal while the other months in-between had slightly stronger winds.

The autumn season was mild and wet. The effects of it together with an exceptionally windy November caused Sweden to have negative SPOT prices in all four bidding areas for the second time in history on November 2. Finally, the year of 2020 ended with a low-wind December, apart from boxing week when winds picked up in southern parts of the Nordics.

During the last few days of the historic 2020, numerous weather models showed strong signals of the northern polar vortex breaking and indicating a long-lasting polar outbreak over Europe. Two weeks have now passed since New Year’s  Eve and, yes, we are indeed in a cold January. We expect icing conditions and low winds throughout January and possibly into February as well. During these weather conditions, we are happy to help our clients on forecasting energy production, losses due to icing and risk of ice throw. Our own weather model can be tailored to produce forecast products for your specific wind farm. Should you be interested in knowing more, please feel free to contact us!

(This 2020 summary was written by Leon Lee, Meteorologist and Adviser at Kjeller Vindteknikk Sweden.)