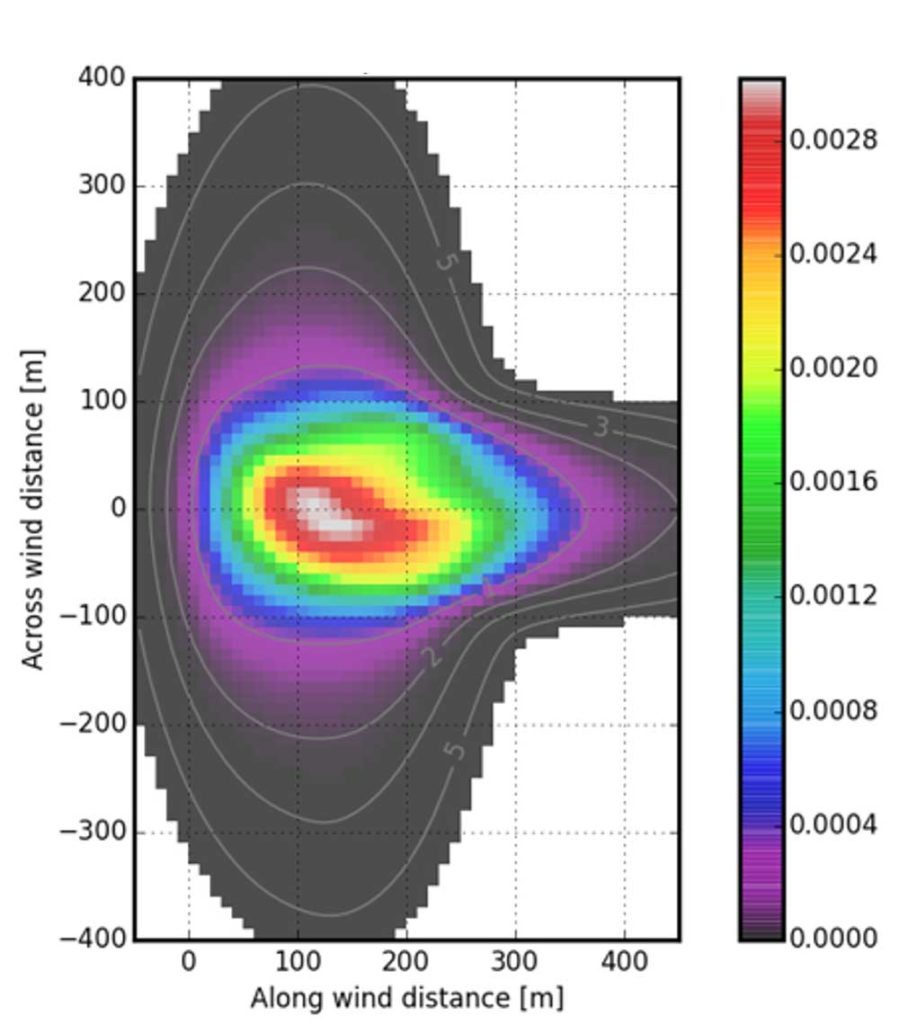 The result can also be complemented with a risk assessment performed in cooperation with Lloyd’s Register Consulting (Scandpower Risk Management). An IceRisk analysis is relevant for licensing purposes, and in the development of risk preventive measures. IceRisk may also be used to assess the probability of falling ice from telecommunication masts.

Example of deliverable for Fosen Wind