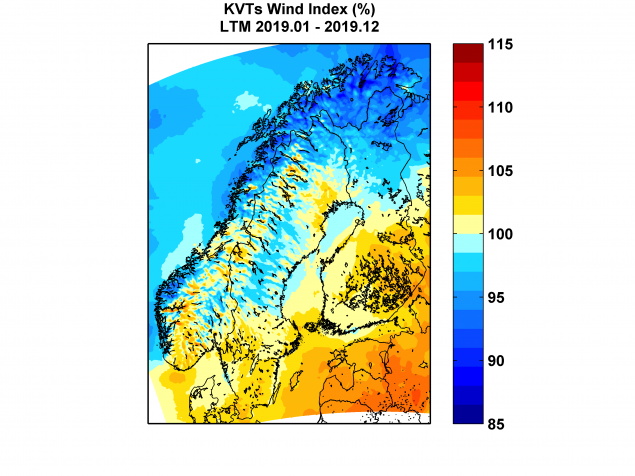 The picture shows the wind index for the Nordic region for 2019. Blue color shows where the average wind speed was lower than normal and red color indicates that wind was higher than normal. We see that there are large variations in wind conditions between and within the three countries.

Sweden has had wind conditions that are quite close to normal, but slightly above southern Sweden. In Northern Sweden, we see that there is a great deal of variation whether you are up on the high ridges or down in the valleys.

Most of south-central Finland had slightly higher that average winds also on the West coast where most of current wind farms are located. Northern Finland experienced below average winds.